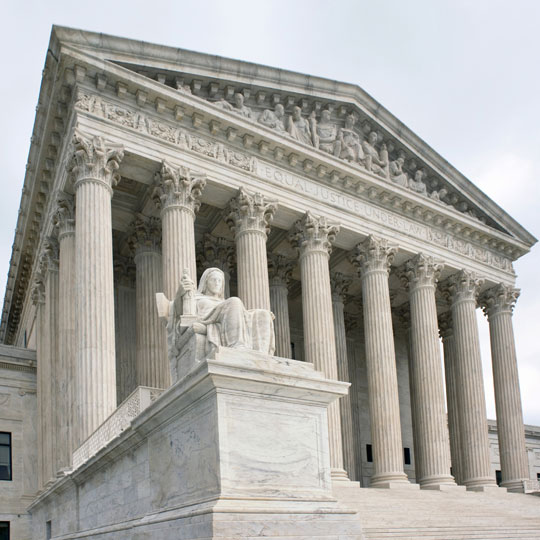 The Supreme Court may review the Federal Circuit’s dismissal of an appeal from an adverse PTAB decision on the basis that the appellant has no risk of being sued for infringement—and thus has no standing on appeal.

RPX is a company that challenges patents through the IPR process. On November 20, 2015, RPX filed a petition for inter partes review of a patent owned by ChanBond LLC. While the petition was granted, the PTAB ultimately found that RPX had not proven the patent was invalid. RPX timely filed an appeal of the PTAB’s final written decision with the Federal Circuit.

On January 17, 2018, the Federal Circuit dismissed RPX’s appeal on the basis that RPX did not have standing to appeal the PTAB decision. This lack of standing was based on a finding that RPX was not engaged in any activity that would give rise to an infringement suit. RPX then filed a petition for writ of certiorari to the Supreme Court.

RPX’s petition is based on statutory interpretation—arguing that Congress granted any person who is not the owner of a patent the right to petition the PTAB to institute an inter partes review (35 U.S.C. § 311(a)), to participate in the inter partes review if such petition is granted (35 U.S.C. § 316), and to appeal the PTAB’s final written decision (35 U.S.C. § 319). RPX also alleges that as a result of the PTAB’s final written decision it has suffered injury to its statutory rights, its standing relative to competitors, and its reputation of successfully challenging wrongfully issued patent claims.

Three organizations (Askeladden LLC, New York Intellectual Property Association, and Initiative for Medicines Access and Knowledge (I-MAK) and Patients for Affordable Drugs, Inc. (P4AD)) have filed amicus briefs. Each brief reiterates RPX’s statutory interpretation positions and further argues that the policy behind inter partes review requires that all parties (even non-practicing entities such as RPX) be given the right to appeal a decision from the PTAB—namely, for the inter partes review system to be successful and efficient, third parties, even those without risk of being sued for infringement, need to be able to fully participate in the review process, including appeal.

RPX’s petition was distributed to conference on September 24, 2018. On October 1, 2018, the Supreme Court asked the Solicitor General to submit briefing. Further updates will be provided in the News section as they become available.